If damage is 3d6 + stat - DL and the PCs take damage when they roll under the opponent DL, but the monster don't have stats other than their HD, DL and morale, does that mean that is posible to take no damage at all?

I think I get it, thank you. Now just to be sure, during combat the only ones who take turns are the players, right? Monsters don't actively move or attack the players since they (the players) don't have a DL, right?

I paid $5 to get access before. Is there a way to pay just $1 more dollar to have paid a total of $6 to get access to the Cardcrawl and the Treasure and Magic?

I can send you the files via email if that doesn't work!

I changed the access to the files, check if you can get the other two mini-zines now!

Wow, I can. That is super helpful of you!

Also, I loved your Beyond the Borderlands series and can't wait for #3

Howdy! Really impressed with what you've done here. I really like how everything interlocks so that coin value, usage dice, DL, and everything all scales in unison. I did a little solo adventure and was super pleased with the balance you've struck here.

Thought on "forgotten" slots. I considered upping the cost to 15 coin (or even 20) because 10 is the average cost of a 2UD item. This way a player is rewarded for choosing items in advance rather just having a bunch of forgotten slots. Then again, I hate shopping so... I dunno.

Third, I thought about creating some supplementary material or fan content. What are your thoughts about releasing this as Creative Commons so others can build on the foundation? If I wanted to build my own magic supplement or such, would it be acceptable to do so? What if I wanted to sell such a supplement?

Hello! Thank you very much for your enthusiasm!

Yeah, I liked increasing the cost for the forgotten slots, I'll probably add it in the final version.
The DL rate is just a reference, I expect the GM to adjust it to their taste, but I think it works well if you use it together with Partials & Criticals so that a super difficult task might fail but still achieve something and a super-easy task succeeds but still give some bad consequences.

I'm very welcome to fan content, please go ahead and make it! I only ask you to wait on the magic supplement stuff until I release mine first (it's already in the works!), but if you make adventures for it please don't hesitate to publish and sell it!

Here is my quick maths on the probability of success/failure assuming an attribute of 11 and a roll greater than DL. The "Prob" column contains the probability of rolling at least that value. So you can see a 50%  chance of success/failure with a stat of 11 comes in at DL 21. So I will probably end up using a range of 17, 19, 21, 23, 25+ as that sets the middle at 50% and the upper/lower bounds at about 10%

Regarding fan content: Thank you! I'll start working on some stuff and run it past you when it's in a good place.

Edit: more math! I wrote a little python script to brute force the expected number of uses you can get out of UD. These numbers are in average after 10k iterations.

What is a TD? It appears under sorcery but no where else and is not explained?

What happens mechanically when you reach 0HPs?

You roll armor UD to ignore all income damage. The UD roll is just to see if the armor is reduced or not, but if you want to make it more deadly, you can make characters take damage when the UD roll fails.

The TD is the former acronym to target difficulty, which is now difficulty level (DL). I forgot to correct that one, gonna make an update correction today. (Thanks for asking!)

The lack of information to what happens when you reach 0HP is intentional so that GM and players decide. It makes you vulnerable to deadly wounds, so next hit you might die or become severely injured needing rescue. It also depends on the intention of the opponent, maybe they want to capture you alive so the next hit makes you unconscious. I'll make a expanded version of these rules later to cover this circumstances!

cool! That makes sense to me. I love these small games that just let you lay without reading 300 pages. I look forward to more!

Love the idea of the "Forgotten Slot"

This is probably one of the most solid OSR systems I've come accross recently.

I have a little question about death, tho. The zine doesn't seem to mention under what circumstances a character dies. The advancement section mentions that you increase your HP and one of  your stats when you reach 0hp and survive, which means that simply reaching 0hp isn't enough to kill you, but it doesn't specify what circumstances would cause you to not survive after reaching 0hp.

For now I'm just going to assume that reaching 0hp doesn't kill you but you die if your hp goes into the negatives.

Thanks, I'm glad you liked! ❤️

The lack of space forced me to check priorities so I decided to leave death out of it, for now it's up to the GM when a character dies.

But I like to give one last chance to survive when they reach 0hp. They are now vulnerable to a deadly blow but if they manage to escape or the group works together to rescue them and tend to their wounds, they survive.

Do you autorize the using of your ruleset in free video games published on the web ?

Sure, as long as you credit the ruleset it's cool for me! And send me the link to play please

Can you explain how to fold it into a pamphlet after printing?

It's a mini-zine, you fold like this, if your printer doesn't print the whole surface of the sheet you need to cut the edges before folding: 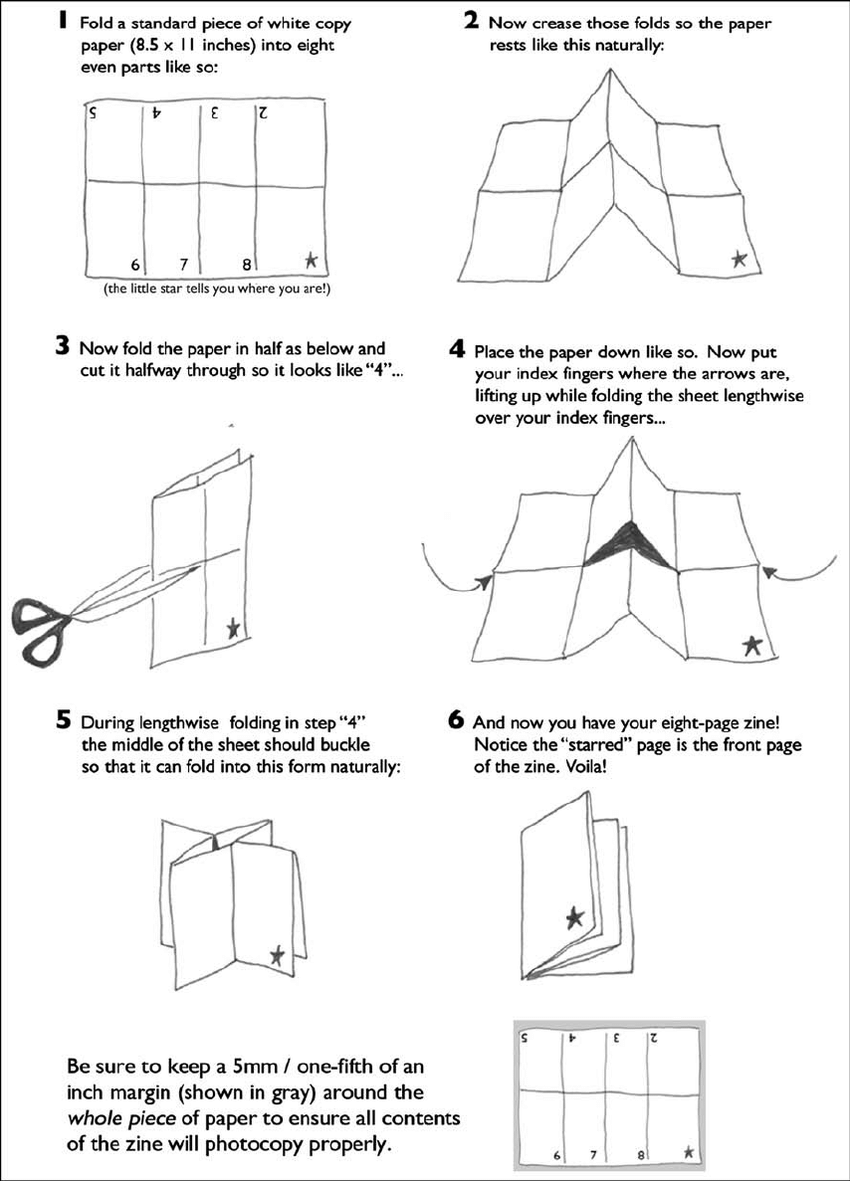 Also the format I'm using is A4, not letter

Thanks for all the tips!